While there are quite a few pizza ovens on the market now, one that is always highly rated is the Gozney Roccbox. Founder of Gozney, Tom Gozney, started the company by building commercial pizza ovens before he launched the Roccbox in 2016 from an Indiegogo campaign. His founder story is different than most though.

Update: Check out the article on the release of the limited edition Roccbox

I wasn’t a designer. I wasn’t a CEO. By 21 I was kicked out of school. Fresh out of rehab. I poured myself into cooking and built a pizza oven in my garden. It changed my life. In fact, it probably saved it.

Tom Gozney found that cooking with fire was something he could use to better himself by mastering a skill. From cooking in his backyard to growing Gozney to a valuation over $120 million with board members from Traeger, Tom Gozney has had a unique ride.

Now Gozney is releasing the Tom Gozney Signature Edition Roccbox that’s inspired by his journey. Announced via Twitter, the new pizza oven will come out on October 18th. We’re excited to see how they improve on the already great oven. 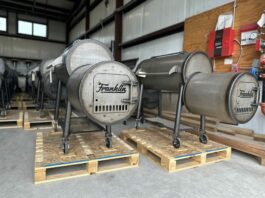 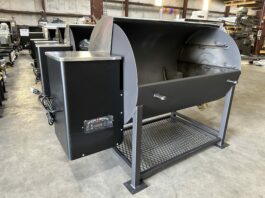 Pitts & Spitts are Keeping the American Made Grill and Smoker...