When you’re shopping for a new pellet grill, two of the most popular brands are Pit Boss and Traeger. Having tested many different grills for CookOut News, we own both Pit Boss and Traeger smokers. They both will cook some great food but we’ll break down how they’re similar and different.

Traeger has a pretty straight-forward model line-up. With their current generation, they have the Pro 575 at the bottom, the Ironwood in the middle and the Timberline at the top.

If you’re looking at a Traeger, then you probably want a smart grill that connects to your phone. Pit Boss has a more confusing line-up, for a good value look at the Pit Boss Lexington, but a comparable smart grill is the Pit Boss Pro Series II 850.

Another important component when picking a pellet grill is how many pellets it can hold. This helps so that you don’t run out on long cooks. The Pit Boss can hold 20 lbs of pellets. The more price comparable Traeger Pro series can hold 18 lbs of pellets, while the more expensive Ironwood line holds 20 lbs. Spec for spec in Traeger vs Pit Boss, the Pit Boss likely wins this one, but 18 lbs is enough for even a long brisket cook.

All of the Traeger smokers in this article have a D2 drivetrain and connect to your phone. Likewise, the Pit Boss Pro Series II that we picked for the comparison connects to you phone and also has a high-tech controller.

In addition to size and being a smart grill, this is probably the most important category. The Pit Boss is hands down going to be cheaper. Both manufacturers run sales, so click the links to check the prices, but below are the retail prices.

The most comparable model to the Pit Boss Pro Series II 850 is the Traeger Pro 780. On price, the closest is going to be the Pro 575. It’s quite a bit smaller though.

If you’re just going on specifications, the Pit Boss smoker is going to win out. It delivers comparable or better specs at a cheaper price point. What people like about Traeger is the brand and that it’s the original pellet grill. Traeger has a stronger community and some say the phone interface is more seamless. It’s sort of like the Mac (Traeger) vs. PC (Pit Boss) debate.

If you want something completely different, check out our Grilla Grills guide. They have some great products but don’t get the hype of Traeger or Pit Boss. 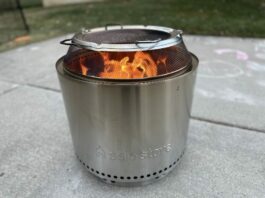 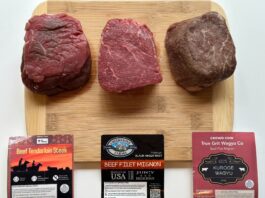 Crowd Cow Review – Is the Sourcing Better Than Costco? 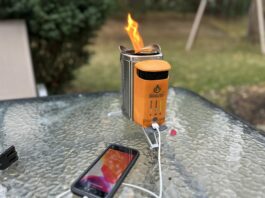