Outdoor cooking companies are betting on electricity as a fuel source. Char-Broil kicked it off with the EDGE electric grill, Weber has a trademark for a possible new electric grill, and Napoleon is supposed to have the Rogue connected electric grill coming out soon. Is Ooni jumping on board with an electric pizza oven?

According to a new trademark filing, Ooni registered the name Ooni Volt. It’s a pretty generic trademark that covers a basically anything you could use to cook with. Logically though, the name Volt would be used for something that’s electric.

Char-Broil showed with the EDGE that you can get high temperatures with an electric fuel source. We tested the EDGE and saw temps well over 700° F, which is around where a wood fueled pizza oven will get.

A pizza oven is a good application for an electric fuel source because they’re designed for heat retention, and the opening is in the front which lowers heat loss. They may see difficulty with warm-up times with a pizza stone soaking up so much of the heat energy. We wouldn’t be surprised to see the traditional cordierite stone swapped out for steel.

This application is essentially what Ooni is doing with their recently released Ooni Pizza Steel for the kitchen oven. It needs a 30 minute warm-up, but that could be reduced with a purpose built pizza oven that had the Calrod heating element directly below the pizza steel. It would also yield significantly higher temperatures. 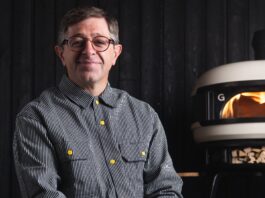 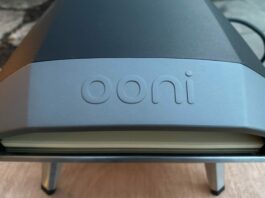 Ooni Continues it’s Vision by Becoming a Certified B Corp 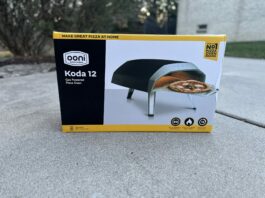